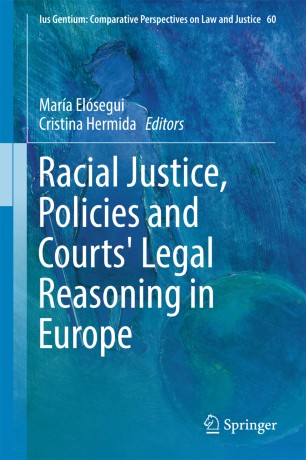 This volume looks at how courts and the police handle racial discrimination in Europe. The chapters show that beyond legal technique, neither the legislators nor the judges escape from their own emotions when responding to racial discrimination. But, as the authors point out, emotions are not always negative. They can also help in a positive way in judicial interpretation.

The study profiles five countries: Germany, UK, Estonia, Portugal and Spain. Each of these belong both to the European Union and to the Council of Europe. Coverage examines the responsibility of the public powers, more specifically of the legislative and judicial power, both of the police and of the judiciary, in persecuting racist behavior. In addition, the authors also consider the increase in racism in groups of citizens.

The authors argue that racial justice is a proactive reinforcement of policies, practices, attitudes and actions that lead to equal access to opportunities for all. After reading this book, readers will gain a better understanding of the reasoning of legislators, police and judges when dealing with racial discrimination in Europe today.