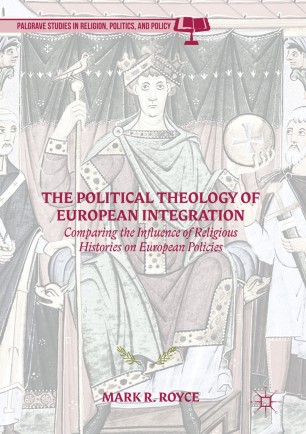 The Political Theology of European Integration

Comparing the Influence of Religious Histories on European Policies

This book traces the connections between diverging postwar European integration policies and intra-Christian divisions to argue that supranational integration originates from Roman Catholic internationalism, and that resistance to integration, conversely, is based in Protestantism. Royce supports this thesis through a rigorously supported historical narrative, arguing that sixteenth-century theological conflicts generated seventeenth-century constitutional solutions, which ultimately effected the political choices both for and against integration during the twentieth century. Beginning with a survey of all ecclesiastical laws of seventeen West European countries and concluding with a full discussion of the Brexit vote and emerging alternatives to the EU, this examination of the political theology surrounding the European Union will appeal to all scholars of EU politics, modern theology, religious sociology, and contemporary European history.