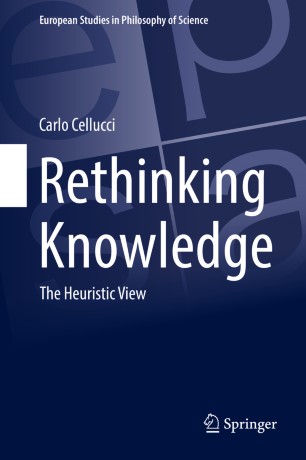 Part of the European Studies in Philosophy of Science book series (ESPS, volume 4)

The author argues that from its very beginning philosophy has focused on knowledge and methods for acquiring knowledge. This view, however, has generally been abandoned in the last century with the belief that, unlike the sciences, philosophy makes no observations or experiments and requires only thought. Thus, in order for philosophy to once again be relevant, it needs to return to its roots and focus on knowledge as well as methods for acquiring knowledge.

Accordingly, this book deals with several questions about knowledge that are essential to this view of philosophy, including mathematical knowledge. Coverage examines such issues as the nature of knowledge; plausibility and common sense; knowledge as problem solving; modeling scientific knowledge; mathematical objects, definitions, diagrams; mathematics and reality; and more.

This monograph presents a new approach to philosophy, epistemology, and the philosophy of mathematics. It will appeal to graduate students and researchers with interests in the role of knowledge, the analytic method, models of science, and mathematics and reality.

Carlo Cellucci is Emeritus Professor of Philosophy at Sapienza University of Rome, Italy. His recent publications include the book Rethinking Logic: Logic in Relation to Mathematics, Evolution, and Method, Springer 2013, and the papers “Top-Down and Bottom-Up Philosophy of Mathematics”, “Philosophy of Mathematics: Making a Fresh Start”, “Why Should the Logic of Discovery be Revived”, “Does Logic Slowly Pass Away, or Has It a Future?”,  “Rethinking Knowledge”, “Is There a Scientific Method? The Analytic Model of Science”, “Theory Building as Problem Solving”.