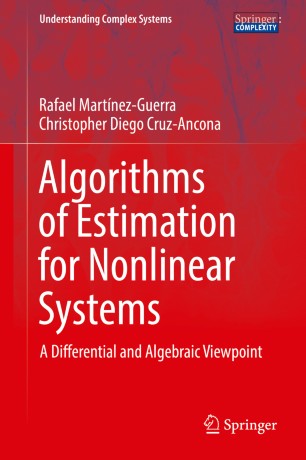 Algorithms of Estimation for Nonlinear Systems

A Differential and Algebraic Viewpoint

This book acquaints readers with recent developments in dynamical systems theory and its applications, with a strong focus on the control and estimation of nonlinear systems.

Several algorithms are proposed and worked out for a set of model systems, in particular so-called input-affine or bilinear systems, which can serve to approximate a wide class of nonlinear control systems. These can either take the form of state space models or be represented by an input-output equation.

“Many examples are provided throughout the book to illustrate the methods described in each section. … the book provides an interesting overview of the potentialities of the differential algebraic approach and the relationships with analogous results from the differential geometric approach.” (Filippo Cacace, Mathematical Reviews, November, 2017)
Buy options