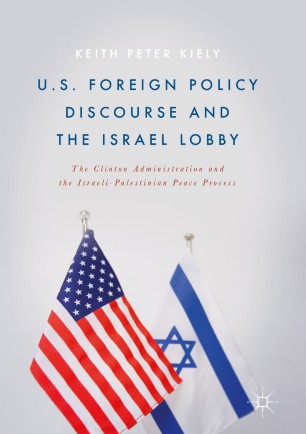 The Clinton Administration and the Israeli-Palestinian Peace Process

This book seeks to debunk the popular myth of an all-powerful pro-Israel lobby. Here, Kiely demonstrates how discourses surrounding American Identity and US foreign policy towards the Israeli-Palestinian conflict, which has deep roots in American historicity, have constructed an understanding of the conflict which is inherently more susceptible to the Israeli narrative. Kiely argues that the so-called power of what other researchers, such as Mearsheimer and Walt (2006, 2007), call ‘The Israel Lobby’ are limited by these discourses. It is the author’s contention that groups such as The American Israel Public Affairs Committee (AIPAC) serve to amplify and reproduce existing representations within these discourses which align the United States and Israel in terms of cultural, historical and political values while simultaneously reinforcing dominant representations of the Palestinian ‘Other’.

Keith Peter Kiely is a Researcher for the NGO ‘Issues without Borders’ on the subject of the contemporary European Refugee Crisis.