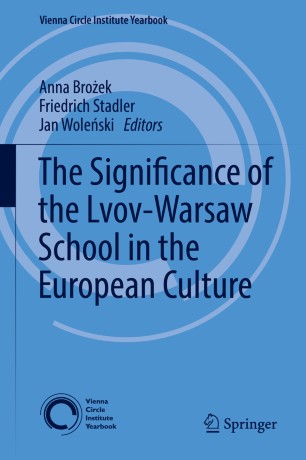 The Significance of the Lvov-Warsaw School in the European Culture

This volume is a result of the international symposium “The Tradition of the Lvov-Warsaw School in European Culture,” which took place in Warsaw, Poland, September 2015. It collects almost all the papers presented at the symposium as well as some additional ones. The contributors include scholars from Austria, the Netherlands, Ireland, and Poland.