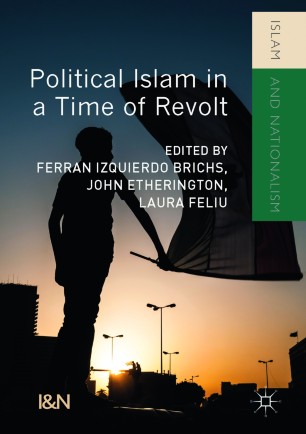 Political Islam in a Time of Revolt

Part of the Islam and Nationalism book series (INAT)

This book explores the increasing political and social prominence of Islamist groups across the Middle East in recent years. The aftermath of the 2011 uprisings saw some groups access or even control political institutions through success at the ballot box, while there has also been a marked resurgence of armed Islamist groups that have had profound effects at both the national and regional level. This volume helps us to understand the nature and development of organised political Islam over recent decades in several key Arab and Mediterranean countries: Mauritania, Morocco, Algeria, Tunisia, Libya, Egypt, Syria, Lebanon, the Palestinian Territories, and Turkey. The book identifies the central social and political Islamist actors, traces their ideological differences and similarities, and analyses power relations both within and between these organizations in the context of political instability and uncertainty. It will be of interest to students and scholars across a broad range of disciplines including political science, sociology, and international relations.