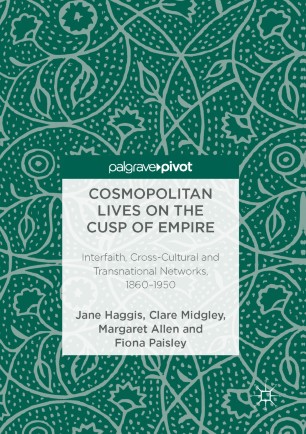 Cosmopolitan Lives on the Cusp of Empire

This book looks back to the period 1860 to 1950 in order to grasp how alternative visions of amity and co-existence were forged between people of faith, both within and resistant to imperial contact zones. It argues that networks of faith and friendship played a vital role in forging new vocabularies of cosmopolitanism that presaged the post-imperial world of the 1950s. In focussing on the diverse cosmopolitanisms articulated within liberal transnational networks of faith it is not intended to reduce or ignore the centrality of racisms, and especially hegemonic whiteness, in underpinning the spaces and subjectivities that these networks formed within and through. Rather, the book explores how new forms of cosmopolitanism could be articulated despite the awkward complicities and liminalities inhabited by individuals and characteristic of cosmopolitan thought zones.