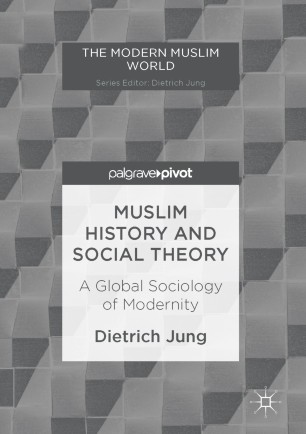 A Global Sociology of Modernity

This book combines contemporary discussions on modernity with the history of the Muslim world. From a heuristic perspective, it is sketching out a framework for a global sociology of modernity. This framework attempts to accommodate a core assumption of classical modernization theory – the global nature of modernity – with the pluralistic perspective of the rise of a multiplicity of historically concrete forms of modernities. It tries to reconcile a universalistic concept of modernity with the fact of modernity’s multiple historical realizations. At the same time, this discussion of contemporary social theory puts forward a critique of the still so conveniently applied equation of modernization with Westernization. In empirical terms, the book substantiates this critique in drawing its exemplary illustrations from the historical experience of Muslim peoples. Bringing Muslim history and discussions in social theory together, this book represents a synthesis of research efforts in sociology and Islamic studies.

Dietrich Jung is a Professor and Head of Department at the Center for Contemporary Middle East Studies, University of Southern Denmark. He holds a MA in Political Science and Islamic Studies, as well as a Ph.D. from the Faculty of Philosophy and Social Sciences, University of Hamburg, Germany, and has large field experience in the Muslim world. His most recent books are Orientalists, Islamists and the Global Public Sphere: A Genealogy of the Modern Essentialist Image of Islam (2011), and The Politics of Modern Muslim Subjectivities: Islam, Youth and Social Activism in the Middle East, together with Marie Juul Petersen and Sara Lei Sparre (New York: Palgrave, 2014).

“Are we all modern? It appears that being modern is unavoidable, but there are many ways of understanding that condition. Contemporary social theory, desperately seeking to avoid the legacy of Orientalism, often appears to deny the social reality of modernity. By combining empirical case studies of Muslim history with a judicious use of social theory, Professor Jung, in a remarkably honest account of his own journey to the East, opens up an exciting challenge for future research to break out of the legacy of modernization theory without abandoning the idea that we are all modern.” (Professor Bryan S. Turner, The Graduate Center, City University of New York, and ACU, Melbourne)

“This book offers a wider ranging, theoretically nuanced and empirically rich analysis which makes an equally important contribution to social theory and Middle Eastern history. Dietrich Jung aims to re-think the existing understandings of modernity by extending the analysis beyond the Western world. Jung charts the complex and contradictory experiences of the Middle East and how this part of the world shaped, and was also shaped by, the global forces of modernity. His key argument that we are all modern, but in different ways is both persuasive and highly important.” (Professor Siniša Malešević, University College, Dublin)