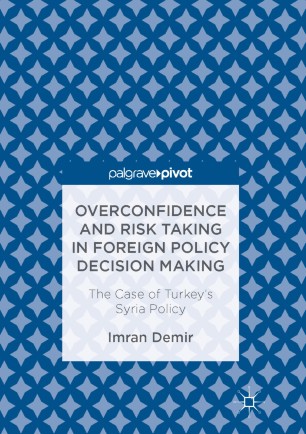 This book introduces a new perspective on risk seeking behaviour, developing a framework based on various cognitive theories, and applying it to the specific case-study of Turkey’s foreign policy toward Syria. The author examines why policy makers commit themselves to polices that they do not have the capacity to deliver, and develops an alternative theoretical model to prospect theory in explaining risk taking behaviour based on the concept of overconfidence. The volume suggests that overconfident individuals exhibit risk seeking behaviour that contradicts the risk averse behaviour of individuals in the domain of gain, as predicted by prospect theory. Using a set of testable hypothesis deduced from the model, it presents an empirical investigation of the causes behind Turkish decision makers’ unprecedented level of risk taking toward the uprising in Syria and the consequences of this policy.