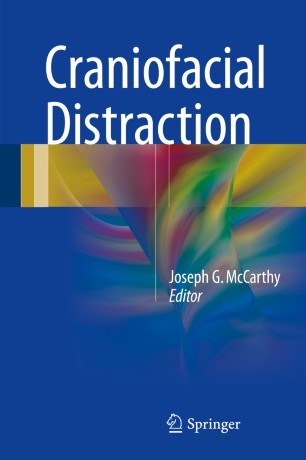 This book, edited by a leading pioneer of craniofacial distraction, summarizes the progress achieved in the field in a way that will serve the needs of the practicing clinician.  All components of the craniofacial anatomy are covered and all topics are discussed in depth: clinical and anatomic pathology, diagnostic studies, treatment protocols, preoperative planning (including the latest virtual programs), device selection, operating room technical considerations, postoperative management, and intermediate/long-term follow-up. Relevant and timely studies from the literature are cited. The book is excellently illustrated, with many patient photos, radiographs, and drawings. Craniofacial Distraction will be a superb, up-to-date resource for a wide range of practitioners, including maxillofacial surgeons, craniofacial surgeons, plastic surgeons, head and neck surgeons, pediatric surgeons, orthodontists, prosthodontists, and pedodontists.

Joseph G. McCarthy has been Lawrence D. Bell Professor of Plastic Surgery at NYU Langone Medical Center since 1981. From 1981 to 2013 he was Director of the Institute of Reconstructive Plastic Surgery at the Center, and between 2010 and 2013 he was also Chair of the Department of Plastic Surgery. Professor McCarthy’s principal professional interest has been reconstructive plastic surgery of the face and he pioneered the concept of craniofacial distraction. During his career, Professor McCarthy has trained more than 100 plastic surgery residents and 25 fellows in craniofacial surgery. He has been president of the International Society of Craniofacial Surgery, the Association of Academic Chairmen in Plastic Surgery, the Northeastern Society of Plastic Surgeons, and the American Association of Plastic Surgeons. He has been the recipient of numerous honors, including the highest awards of the major plastic surgery organizations. In 2003 the University of Zurich presented him with the Surgical Pioneer Award and in 2010 he received a Lifetime Achievement Award from the American Society of Maxillofacial Surgeons. Professor McCarthy has also championed the cause of patients with facial deformity. He has been a member of the Board of Trustees of the National Foundation for Facial Reconstruction and was Founding Chairman of the Medical Advisory Board of Smile Train. He is the author of almost 300 papers in peer-reviewed journals as well as more than 120 book chapters and has edited or co-edited six previous books.

“The purpose is to share new ideas and techniques for craniofacial reconstruction using various distraction techniques. … The author and the contributors are both knowledgeable and experienced in the field of craniofacial reconstruction. The techniques that they present are sophisticated and require a team that is both talented and practiced. Hence, the audience is those surgeons deeply involved in this field.” (Jeffrey S. Rosenthal, Doody's Book Reviews, September, 2017)
Buy options