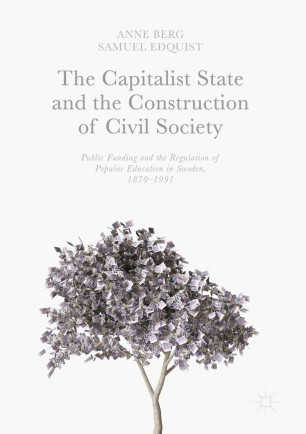 The Capitalist State and the Construction of Civil Society

Public Funding and the Regulation of Popular Education in Sweden, 1870–1991

This book challenges the idea that a sharp boundary should be drawn between the state and civil society. Although this idea is extremely common in modern capitalist societies, here it is turned on its head through a study of the ways in which public funding from the 1870s to the 1990s has enabled and shaped collective action in Swedish popular education. Popular education has generally been seen as independent of government control, with strong connections to popular and labour movements; in this volume, Berg and Edquist narrate a new story of its rise by analysing how a government grant system was constructed to drive its development. A key element in this government policy was to create and protect popular education as an autonomous phenomenon, yet making it perform state functions by regulating its bureaucratic make-up and ideological content. The book will appeal to scholars and students of history, education, and sociology, particularly those with an interest in the workings of the capitalist state as well as the history of education.

Anne Berg is Senior Lecturer in Education at Uppsala University, Sweden. Her current research focus is on the history of education.

Samuel Edquist is Senior Lecturer in Archives, Libraries, and Museums studies at Uppsala University, Sweden. His current research focusses on archives in relations to societal ideas and debates on cultural heritage and privacy.