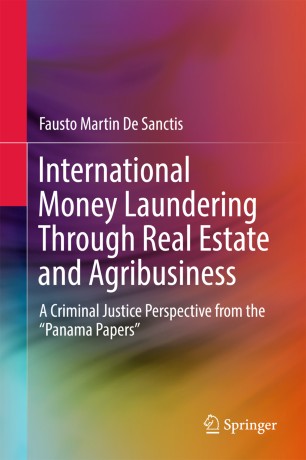 A Criminal Justice Perspective from the “Panama Papers”

This book examines two types of transnational money laundering: the use of offshores and wire transfers to “invest” in real estate; and agribusiness, a nebulous activity that is difficult to regulate. The author also examines current international mechanisms to combat money-laundering; whether these efforts have been successful or unsuccessful; and whether multilateral instruments are an effective tool in the war against international organized crime.

As national borders have opened and trade barriers have fallen, transnational crime has grown at unprecedented levels. The current situation, better revealed by the so-called “Panama Papers,” is a result of a lack of local cooperation in the investigations, prosecution, and/or extradition of criminals. Governments profit from ill-gotten wealth hosting international criminal enterprises in their own territories, thus providing a fertile ground for illicit practices, closing their eyes to the nexus among false or inappropriate identification, fraudulent records, corruption, and money laundering.  If these types of transnational money-laundering are allowed to remain as they are currently treated, the shift in the financial paradigm, from centralized and regulated to decentralized and “unregulated,” would allow for the continuation of some of the most dangerous criminal activity. In this timely book, the author presents arguments that by “following the money,” capital movements involved in transnational money laundering through real estate and agribusiness can be examined, revealed, and understood.