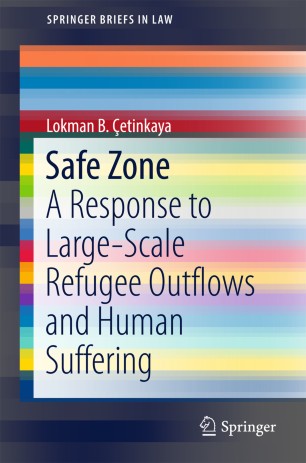 A Response to Large-Scale Refugee Outflows and Human Suffering

Using legal arguments consistent with international law, this book explores whether and under which circumstances a State (or States) may establish and militarily enforce safe zones in countries that produce large-scale refugee outflows so as to protect its (or their) own interests by averting said outflows, as well as to alleviate human suffering in today’s world of civil and internal warfare.

Though large-scale refugee outflows have become an increasingly frequent problem in inter-state relations, international law offers no clear remedy. Accordingly, interpretation and adaptation of the existing rules and principles of international law, in addition to State practice and the jurisprudence of international courts, are required in order to find appropriate and lawful responses to such situations. The book examines countermeasures, necessity and humanitarian intervention as possible legal grounds to justify the establishment of safe zones.

Since the proposal of a safe zone for Syria remains on the international community’s agenda, the specific conditions of this case are particularly addressed in order to assess the suitability and legality of a possible safe zone in Syria.