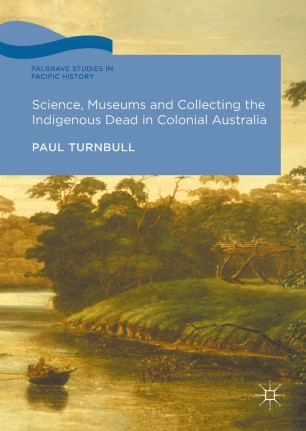 Science, Museums and Collecting the Indigenous Dead in Colonial Australia

This book draws on over twenty years’ investigation of scientific archives in Europe, Australia, and other former British settler colonies.  It explains how and why skulls and other bodily structures of Indigenous Australians became the focus of scientific curiosity about the nature and origins of human diversity from the early years of colonisation in the late eighteenth century to Australia achieving nationhood at the turn of the twentieth century.  The last thirty years have seen the world's indigenous peoples seek the return of their ancestors' bodily remains from museums and medical schools throughout the western world. Turnbull reveals how the remains of the continent's first inhabitants were collected during the long nineteenth century by the plundering of their traditional burial places. He also explores the question of whether museums also acquired the bones of men and women who were killed in Australian frontier regions by military, armed police and settlers.