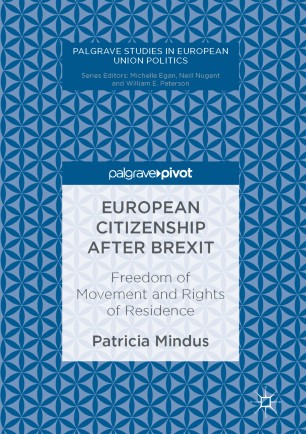 Freedom of Movement and Rights of Residence

This book investigates European citizenship after Brexit, in light of the functionalist theory of citizenship. No matter its shape, Brexit will impact significantly on what has been labelled as one of the major achievements of EU integration: Citizenship of the Union. For the first time an automatic and collective lapse of status is observed. It is a form of involuntary loss of citizenship en masse, imposed by the automatic workings of the law on EU citizens of exclusively British nationality. It does not however create statelessness and it is likely to be tolerated under international law. This loss of citizenship is connected to a reduction of rights, affecting not solely the former Union citizens but also second country nationals in the United Kingdom and their family members.