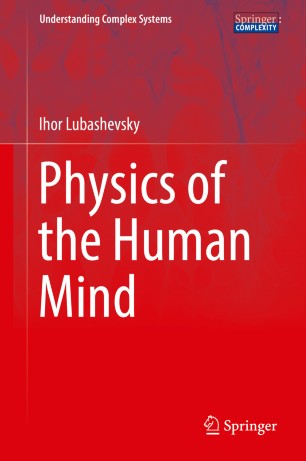 Physics of the Human Mind

This book tackles the challenging question which mathematical formalisms and possibly new physical notions should be developed for quantitatively describing human cognition and behavior, in addition to the ones already developed in the physical and cognitive sciences.

Indeed, physics is widely used in modeling social systems, where, in particular, new branches of science such as sociophysics and econophysics have arisen. However, many if not most characteristic features of humans like willingness, emotions, memory, future prediction, and moral norms, to name but a few, are not yet properly reflected in the paradigms of physical thought and theory.

The choice of a relevant formalism for modeling mental phenomena requires the comprehension of the general philosophical questions related to the mind-body problem. Plausible answers to these questions are investigated and reviewed, notions and concepts to be used or to be taken into account are developed and some challenging questions are posed as open problems.

This text addresses theoretical physicists and neuroscientists modeling any systems and processes where human factors play a crucial role, philosophers interested in applying philosophical concepts to the construction of mathematical models, and the mathematically oriented psychologists and sociologists, whose research is fundamentally related to modeling mental processes.