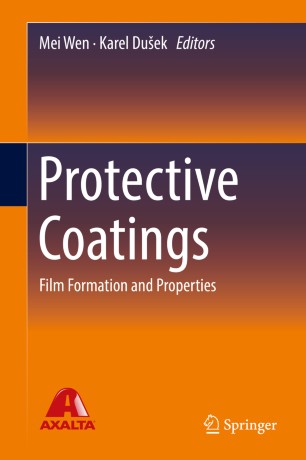 This book focuses on characterization of organic coatings by different testing methods and understanding of structure formation and materials properties. The knowledge of protective organic coatings and current test methods is based largely on empirical experience. This book aims at explaining the coating property changes during film drying and curing in terms of chemical and physical transformations. Current test methods are reviewed with emphasis on understanding their physical basis and expressing the test results in terms of comparable physical quantities. In general, this book provides readers a deeper understanding of the binder design, coating film formation process, properties build-up, appearance and defect formation, and automotive paint application. It also suggests manifold ways to improving the coatings performance.
<
This book is designed for coating professionals to gain deeper understanding of characterization techniques and to select the right ones to solve their coating problems. It is ideal for both experienced and early career scientists and engineers. Also, it is useful for graduate students in the general area of protective coatings.
• Features a comprehensive list of techniques, characterizing coating films formation, their final properties and aging, as well as an in-depth discussion of each technique;
• Maximizes understanding of testing methods and their physical background and provides correlations of characterization results with coatings structure or properties using detailed examples;
• Describes special characterization techniques such as magnetic microrheology, in-situ infrared spectroscopy under controlled  humidity, long-term in-situ stress measurement of coatings with capacitive sensors, and advanced nano-scratch testing;
• Deepens understanding of spray of liquid coatings, drying, curing, network development and structural heterogeneity, modulus development, stress development, swelling of networks, scratch and mar resistance, coating appearance, defect formation, and durability;
• Introduces modeling of cross-linking during film formation and build-up of film properties with the aim to predict the effects of changes of binder systems and film formation conditions.

Mei Wen is a Research Associate at Axalta Coating Systems, located at the Coatings Technology Center in Wilmington, Delaware.  She has worked in the chemical industry for fifteen years, with her primary focus being directed toward organic coatings.  Since joining Axalta Coating Systems in 2013, she has worked on clearcoats for Automotive Coatings and leads an academic collaboration between Axalta and the Institute of Macromolecular Chemistry, Prague, Czech Republic on coatings film formation.  Prior to her current work, Dr. Wen worked at Arkema for ten years on acrylic, polyurethane, epoxy, marine antifoulant, mesoporous titanium oxide, and transparent conductive oxide coatings.   She served as a Director on the Board for the International Society of Coating Science and Technology (ISCST) from 2008 to 2012.  She was selected to attend the National Academy of Engineering’s U.S. Frontiers of Engineering Symposium in 2007.  In 2005 she received an R&D 100 award on Marine Antifoulant Coating binders with her colleagues and was an invited speaker at Gordon Research Conference for Coatings and Films. Prior to her time at Arkema, Dr. Wen also worked for Applied Materials on electroplating of copper. She has published 26 technical papers. She received her B.S. and M.S. degrees of Chemical Engineering from Tsinghua University in 1987 and 1995, respectively, and her Ph.D. degree of Chemical Engineering from University of Minnesota in 2001.
Karel Dušek is at present Emeritus Professor of Institute of Macromolecular Chemistry (IMC), Academy of Sciences of the Czech Republic. He served for this institution since 1965 in various positions, since 1973 as Principal Scientist and Head of Department of Mechanical Properties and Polymer Networks; in the period 1975-1991 he headed the joint Department of Polymer Physics. He obtained his PhD degree from Institute of Physical Chemistry, Czechoslovak Academy of Sciences in 1958, and worked for SYNPO Research Establishment in Pardubice, CZ, until 1965. His educational and research activities included polymer physics and chemistry at Charles University in Prague, University of Pardubice, and visiting professorships at Technical University, Delft (The Netherlands), University of Essex (UK), University of Massachusetts in Amherst (USA), Kyoto Institute of Technology (Japan), University of Pau and INSA Lyon (France). Since 1997, he is Adjunct Professor of Bioengineering Department of University of Utah in Salt Lake City. In 1997, he was honored by the Doctor Honoris Causa degree by Wroclaw Technical University (Poland). Other honors and awards included State Prize of Czechoslovak Republic in 1988, Silver Medal of City of Paris in 1990, Heyrovský Medal for Merits in Chemical Sciences in 2000, P.J. Flory Polymer Research Award in 2004; he was awarded three times by Annual Prize of the Academy of Sciences. Prof. Dušek is Founding Member of Polymer Networks Group (1974), served as Chairman, Vice-Chairman, and Treasurer and organized three of the biennial meetings.  He is also Founding Member of Learned Society of the Czech Republic. He served as Editor in seven scientific journals. On European Union scene, Prof. Dušek served as Coordinator of Area of Excellence “Structure-Property Relationships” of Network of Excellence Nanostructured Multifunctional Polymer-Based Materials and Nanocomposites and as Coordinator of Czech representation in this Network. By January 2013, he published about 300 scientific papers with over 7700 citations and his H-index was 43.