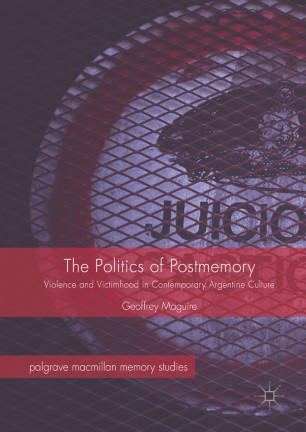 The Politics of Postmemory

This volume examines recent examples of Argentine literature, film, theatre and visual art from the children of the disappeared. By exploring their creative narration of childhood memories and the controversial use of parody, humour and fantasy, Maguire considers how this post-dictatorship generation are increasingly looking towards the past in order to disrupt the politics of the present. More broadly, this interdisciplinary study also scrutinizes the relevance of postmemory in a Latin American context, arguing that the politics of local Argentine memory practices must be taken actively into account if such a theoretical framework is to remain a productive and appropriate analytical lens. The Politics of Postmemory thus engages critically with theories of cultural memory in the Argentine, Latin American and global contexts, resulting in a timely and innovative text that will be of significant interest to students and scholars in the fields of, among others, cultural studie
s, film studies, critical theory and trauma studies.