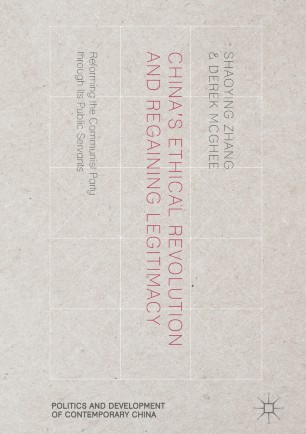 Reforming the Communist Party through Its Public Servants

This book examines the many ways in which the Communist Party in China is still revolutionary by focusing on how, in recent years, it has attempted to mobilize Party members to become ethical subjects. In the context of the Party’s history of the military revolution, Cultural Revolution and Economic Reform (or economic revolution), the authors argue that under President Xi Jinping the Party has launched an ethical revolution within the Party for the sake of sustaining its legitimacy. This book examines the various combined components of this ethical revolution, including anti-corruption, anti-four undesirable working styles and Mass-Line Education programme from the perspective of the fifty current Communist Party officials.