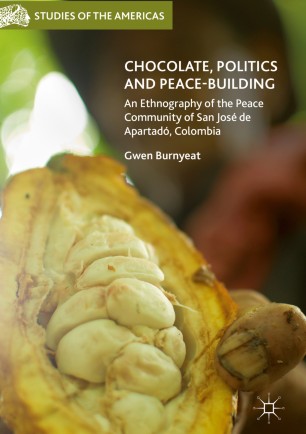 An Ethnography of the Peace Community of San José de Apartadó, Colombia

This book tells the story of the Peace Community of San José de Apartadó, an emblematic grassroots social movement of peasant farmers, who unusually declared themselves ‘neutral’ to Colombia’s internal armed conflict, in the north-west region of Urabá. It reveals two core narratives in the Community’s collective identity, which Burnyeat calls the ‘radical’ and the ‘organic’ narratives. These refer to the historically-constituted interpretative frameworks according to which they perceive respectively the Colombian state, and their relationship with their natural and social environments. Together, these two narratives form an ‘Alternative Community’ collective identity, comprising a distinctive conception of grassroots peace-building. This study, centered on the Community’s socio-economic cacao-farming project, offers an innovative way of approaching victims’ organizations and social movements through critical, post-modern politics and anthropology. It will become essential reading to Latin American ethnographers and historians, and all interested in conflict resolution and transitional justice.

Gwen Burnyeat is a Wolfson PhD Scholar in Anthropology at University College London, UK. She has worked in Colombia for eight years, has a Masters from the Universidad Nacional de Colombia where she also lectured in Political Anthropology, and her prize-winning documentary ‘Chocolate of Peace’ was released in 2016 (www.chocolateofpeace.com).