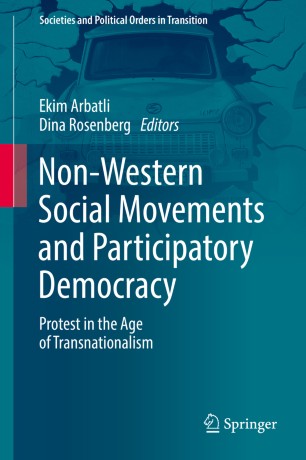 Protest in the Age of Transnationalism

This book analyzes social movements across a range of countries in the non-Western world: Bosnia, Brazil, Egypt, India, Iran, Palestine, Russia, Syria, Turkey and Ukraine in the period 2008 to 2016. The individual case studies investigate how political and social goals are framed nationally and globally, and the types of mobilization strategies used to pursue them. The studies also assess how, in the age of transnationalism, the idea of participatory democracy produces new collective-action frames and mass-mobilization strategies.

The book challenges the view that most social movements unequivocally seek to achieve higher levels of democratization. Instead, the authors argue that protesters across different movements advocate more involved forms of citizen participation, since passive representation through liberal democratic institutions fails to address mass grievances and demands for accountability in many countries.