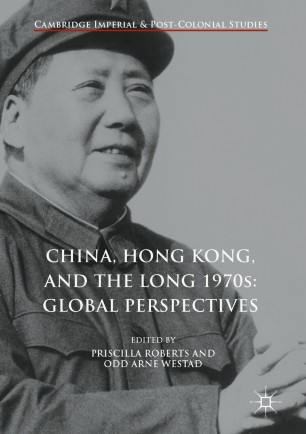 This book explores the forces that impelled China, the world’s largest socialist state, to make massive changes in its domestic and international stance during the long 1970s. Fourteen distinguished scholars investigate the special, perhaps crucial part that the territory of Hong Kong played in encouraging and midwifing China’s relationship with the non-Communist world.  The Long 1970s were the years when China moved dramatically and decisively toward much closer relations with the non-Communist world.  In the late 1970s, China also embarked on major economic reforms, designed to win it great power status by the early twenty-first centuries.  The volume addresses the long-term implications of China’s choices for the outcome of the Cold War and in steering the global international outlook toward free-market capitalism.  Decisions made in the 1970s are key to understanding the nature and policies of the Chinese state today and the worldview of current Chinese leaders.