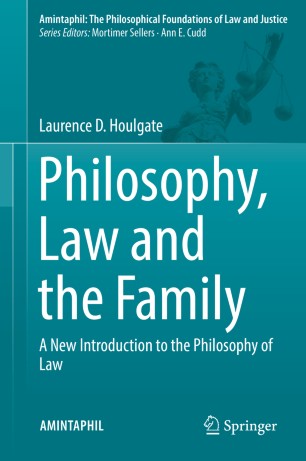 Philosophy, Law and the Family

A New Introduction to the Philosophy of Law

Part of the AMINTAPHIL: The Philosophical Foundations of Law and Justice book series (AMIN, volume 7)

This textbook uses cases in family law to illustrate both traditional philosophical problems in the law as well as problems that are unique to family law. In the beginning chapters family law cases are employed to introduce the reader to philosophical debates about the relationship between law and morals, about how one ought to interpret the U.S. Constitution and its amendments, about the conditions under which individual liberty is justifiably limited by law, about the justification of punishment, and about the justification of remedies and standards of care in determining negligence in tort cases. Later chapters are devoted to contemporary issues unique to family law, including justifiable limits of access to marriage, alternatives to marriage, the rights of children, child custody disputes involving surrogate births, quasi-property disputes involving custody of frozen embryos, and the justifiable limits of the right not to procreate. The book reflects current movements, contemporary debates, and recent research on the philosophical problems in family law.