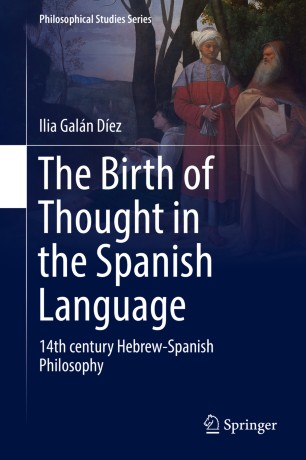 The Birth of Thought in the Spanish Language

This book takes readers on a philosophical discovery of a forgotten treasure, one born in the 14th century but which appears to belong to the 21st. It presents a critical, up-to-date analysis of Santob de Carrión, also known as Sem Tob, a writer and thinker whose philosophy arose in the Spain of the three great cultures: Jews, Christians, and Muslims, who then coexisted in peace.

The author first presents a historical and cultural introduction that provides biographical detail as well as context for a greater understand of Santob's philosophy. Next, the book offers a dialogue with the work itself, which looks at politics, sociology, anthropology, psychology, ethics, aesthetics, metaphysics, and theodicy. The aim is not to provide an exhaustive analysis, or to comment on each and every verse, but rather to deal only with the most relevant for today’s world.

Readers will discover how Santob believed knowledge must be dynamic, and tolerance fundamental, fleeing from dogma, since one cannot avoid a significant dose of moral and aesthetic relativism. Subjectivity, within its own codes, must seek a profound ethics, not puritanical but which serves to escape from general ill will. Santob offers a criticism of wealth and power that does not serve the people which appears to be totally relevant today.

In spite of the fame he achieved in his own time, Santob has largely remained a vestige of the past. By the end of this book, readers will come to see why this important figure deserves to be more widely studied. Indeed, not only has this medieval Spanish philosopher searched for truth in an unstable, confused world of contradictions, but he has done so in a way that can still help us today.