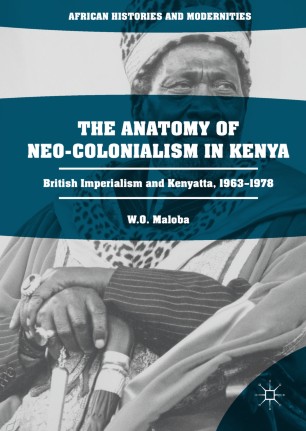 The Anatomy of Neo-Colonialism in Kenya

“This volume makes a compelling case for the powerful influence of key individuals acting on behalf the US and British governments on Kenyatta’s political evolution. Addressing the long-neglected theme of the specific process by which a neo-colonial regime succeeded colonial rule, this is an invaluable contribution to the fields of Kenyan and modern African history.”
–Robert Maxon, Professor of History, West Virginia University, USA

The successor to Kenyatta and Britain: An Account of Political Transformation, 1929-1963, this book completes the first systematic political history of Jomo Kenyatta by examining the mechanisms of installing a neo-colonial regime in Kenya, and how such regimes were duplicated elsewhere in Africa. It analyzes the nature and extent of the collaboration between Kenyatta, Britain and Western intelligence services to install and protect his government in Kenya—a collaboration which is linked to some of Kenya's most intractable political, social and economic problems. Drawing heavily on primary sources, it examines the legacy of Kenyatta's regime, and how this legacy is felt in Kenya today.