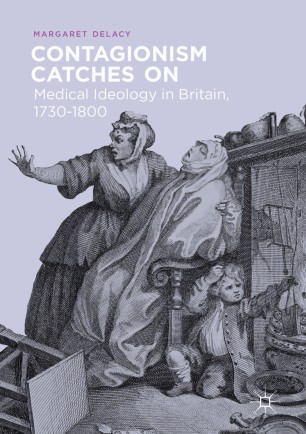 This book shows how contagionism evolved in eighteenth century Britain and describes the consequences of this evolution. By the late eighteenth century, the British medical profession was divided between traditionalists, who attributed acute diseases to the interaction of internal imbalances with external factors such as weather, and reformers, who blamed contagious pathogens. The reformers, who were often “outsiders,” English Nonconformists or men born outside England, emerged from three coincidental transformations: transformation in medical ideas, in the nature and content of medical education, and in the sort of men who became physicians. Adopting contagionism led them to see acute diseases as separate entities, spurring a process that reoriented medical research, changed communities, established new medical institutions, and continues to the present day.

Margaret DeLacy is the author of The Germ of an Idea: Contagionism, Religion and Society in Britain, 1660-1730 (Palgrave MacMillan, 2016), Prison Reform in Lancashire, 1700-1850: A Study in County Administration (Stanford University Press, 1986), and articles on medical history. She is an independent scholar in Portland Oregon.

“This book is a study of a revolution in pathology that occurred in Britain in the second half of the eighteenth century. … Margaret DeLacy’s study is a valuable contribution to the existing literature.” (Laurence Brockliss, Isis, Vol. 109 (4), December, 2018)