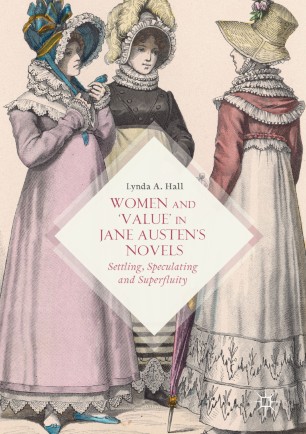 Jane Austen’s minor female characters expose the economic and social realties of British women in the long eighteenth century and reflect the conflict between intrinsic and expressed value within the evolving marketplace, where fluctuations and fictions inherent in the economic and moral value structures are exposed.  Just as the newly-minted paper money was struggling to express its value, so do Austen’s minor female characters struggle to assert their intrinsic value within a marketplace that expresses their worth as bearers of dowries.  Austen’s minor female characters expose the plight of women who settle for transactional marriages, become speculators and predators, or become superfluous women who have left the marriage market and battle for personal significance and existence.  These characters illustrate the ambiguity of value within the marriage market economy, exposing women’s limited choices.  This book employs a socio-historical framework, considering the rise of a competitive consumer economy juxtaposed with affective individualism.