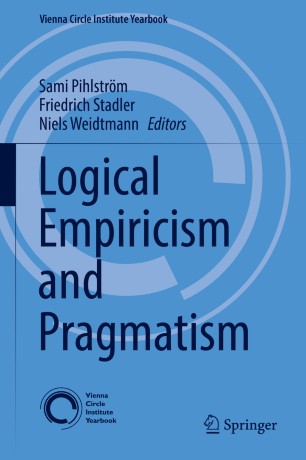 This book explores the complexity of two philosophical traditions, extending from their origins to the current developments in neopragmatism. Chapters deal with the first encounters of these traditions and beyond, looking at metaphysics and the Vienna circle as well as semantics and the principle of tolerance. There is a general consensus that North-American (neo-)pragmatism and European Logical Empiricism were converging philosophical traditions, especially after the forced migration of the European Philosophers. But readers will discover a pluralist image of this relation and interaction with an obvious family resemblance.

This work clarifies and specifies the common features and differences of these currents since the beginning of their mutual scientific communication in the 19th century. The book draws on collaboration between authors and philosophers from Vienna, Tübingen, and Helsinki, and their networks. It will appeal to philosophers, scholars in the history of philosophy, philosophers of science, pragmatists and beyond.