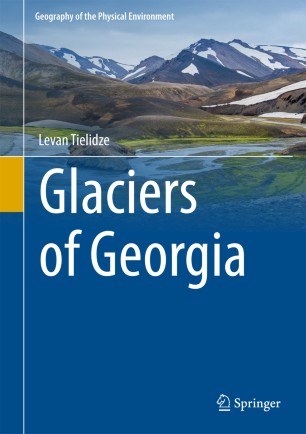 Part of the Geography of the Physical Environment book series (GEOPHY)

This book gives the most detailed and comprehensive insights into the morphology, morphometry and dynamics of glaciers in the Georgian Caucasus region up to date. It examines the variability of valley glaciers after the Little Ice Age maximum and identifies glacial dynamics during historical periods. The reconstruction of glaciation in the Late Pleistocene and Holocene was conducted based on long lasting detailed glacial-geomorphological observations by the author. It further analyses moraine structures, river terraces, geodynamics of the relief,and snow and firn line locations derived from field surveys in most glacier basins in the southern and northern slopes of the Georgian Caucasus. A whole set of methodological approaches was applied including remote sensing and GIS, glacio-geomorphological, cartographical, aerial image processing and petrographic methods, unveiling accurate information about glaciers difficult to access, e.g., in the Abkhazeti and Tskhinvali regions.

Levan Tielidze received his PhD in Glaciology and Geomorphology at the Ivane Javakhishvili Tbilisi State University in Georgia. He is also a researcher at the Vakhushti Bagrationi Institute of Geography. His main area of research is the glacial-geomorphological studies of mountain glaciers and their mapping using geo-information systems (GIS). He is investigating the dynamics of glaciers under the impact of climate change using remote sensing techniques and is specialized in the Little Ice Age (LIA) glaciation and the reconstruction of the glaciation in the Late Pleistocene and Holocene.
In 2014/2015 he conducted a research stay at the Climate Change Institute of the University of Maine, USA, and in 2015/2016 at the University of Northern British Columbia, Canada. He is the author of about 40 scientific papers and 6 monographs.
The author's several-year theoretical and field-desk research on modern and old glaciations of the Georgian Caucasus led to the results published in this book. As a result of these surveys the latest materials on the modern glaciers morphology, morphometry and dynamics were obtained. The reconstruction of glaciation in Late Pleistocene and Holocene has been conducted based on detailed glacial-geomorphological observations.