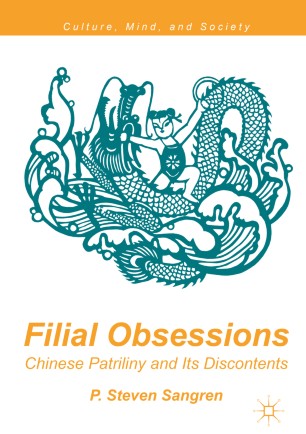 Chinese Patriliny and Its Discontents

This book employs a broad analysis of Chinese patriliny to propose a distinctive theoretical conceptualization of the role of desire in culture. It utilizes a unique synthesis of Marxian and psychoanalytic insights in arguing that Chinese patriliny is best understood as, simultaneously, “a mode of production of desire” and as “instituted fantasy.” The argument advances through discussions and analyses of kinship, family, gender, filial piety, ritual, and (especially) mythic narratives. In each of these domains, P. Steven Sangren addresses the complex sentiments and ambivalences associated with filial relations. Unlike most earlier studies which approach Chinese patriliny and filial piety as irreducible markers of cultural difference, Sangren argues that Chinese patriliny is better approached as a topic of critical inquiry in its own right.

“Steven Sangren’s book Filial Obsessions is a transformative intervention into the study of filial piety in the Chinese context … and densely packed theoretically informed thinking about desire, childhood development, fantasy, alienation, subjecthood or subjectivity, intergenerational relationships, relations between the terrestrial and celestial realms, ritual, gods, and adherence to the rule of law and decorum. … This is an important discussion of the subject that all scholars interested in the anthropology of Chinese societies must read.” (Christopher Lupke, China Review International, Vol. 23 (03). 2016)​
Buy options