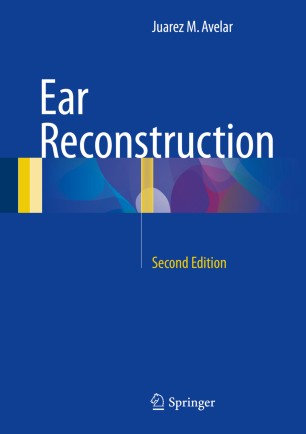 This book comes to its second edition intending to broaden the discussion about the plastic surgical techniques for the reconstruction of the ear. It features a more in-depth discussion of the topics previously addressed, including chapters on microtia, anotia, the upper pole, auricular lobule and complications during and following ear surgery. Furthermore, it addresses a wide variety of deformities of the auricle and surgical topics that were not included in the previous edition, such as:
Reconstruction of the ear is required in a variety of patients, especially in those with congenital anomalies and associated deformities or those suffering from accidents and trauma affecting the auricle. In this sense, this surgical approach has the ultimate goal of improving aesthetic and functional aspects of congenital and acquired anomalies of the ear. Throughout the book, the goal is to share the author’s experience, gathered in the course of 43 years dedicated to this challenging field. Descriptions and illustrative photos concerning correction and reconstruction of the auricle caused by prominent ear surgery are presented in detail. The didactic approach, supplemented by color illustrations and surgical photos, helps to demonstrate basic and advanced techniques alike. With forewords by Ivo Pitanguy and Jorge Psillakis.

“This book demonstrates the author's vast knowledge base regarding ear defects and provides an analysis of congenital and traumatic ear deformities and the necessary anatomy, classification, and reconstruction. … Although this book would educate novices on these issues, it seems more appropriate for seasoned practitioners. … Each chapter is succinctly written and includes numerous color photo plates of the ear defects and the surgical procedure(s) necessary for repair.” (Jeffrey S. Rosenthal, Doody's Book Reviews, November, 2017)
Buy options