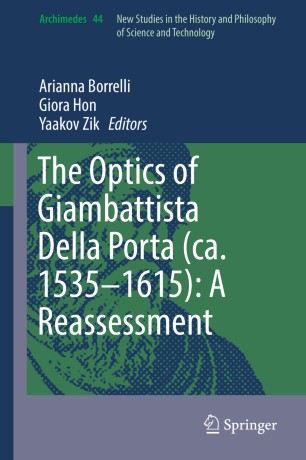 This volume contains essays that examine the optical works of Giambattista Della Porta, an Italian natural philosopher during the Scientific Revolution. Coverage also explores the science and technology of early modern optics.

Della Porta's groundbreaking book, Magia Naturalis (Natural Magic), includes a prototype of the camera. Yet, because of his obsession with magic, Della Porta's scientific achievements are often forgotten. As the contributors argue, his work inspired such great minds as Johanes Kepler and Francis Bacon. After reading this book, researchers, historians, and students will have a better appreciation of this influential scientist. They will also gain a greater understanding of an important period in the history of optics.

Readers will learn about Della Porta's experimental method, a process governed by the protocols, aims, and theoretical assumptions of natural magic. Coverage also discusses the material properties and limitations of optical technology in the early 17th century, based on a recently discovered Dutch spyglass. It also demonstrates how diagrams were instrumental in the discovery of the sine law of refraction.

In addition, the book includes an in-depth analysis of previously untranslated Latin sources. This makes the material useful to historians of optics unfamiliar with the language. More than 70 illustrations complement the text.