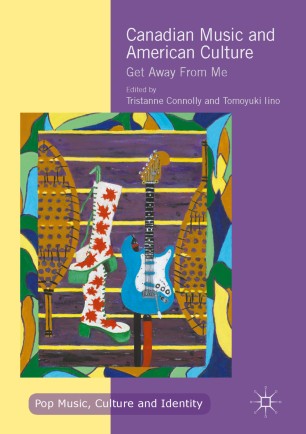 Get Away From Me

This collection explores Canadian music’s commentaries on American culture. ‘American Woman, get away from me!’ - one of the most resonant musical statements to come out of Canada - is a cry of love and hate for its neighbour. Canada’s close, inescapable entanglement with the superpower to the south provides a unique yet representative case study of the benefits and detriments of the global American culture machine. Literature scholars apply textual and cultural analysis to a selection of Anglo-Canadian music – from Joni Mitchell to Peaches, via such artists as Neil Young, Rush, and the Tragically Hip – to explore the generic borrowings and social criticism, the desires and failures of Canada’s musical relationship with the USA. This innovative volume will appeal to those interested in Music, Canadian Studies, and American Studies.

Tristanne Connolly is Associate Professor in the English Department at St Jerome's University in the University of Waterloo, Canada. Her research specialty is British Romanticism, particularly William Blake. She has edited several essay collections on literature and cultural studies, is a poetry editor for The New Quarterly: Canadian Writers and Writing, and co-organizes the Canada Council-supported visiting writers series at St Jerome’s.
Tomoyuki Iino is Professor in the Department of English Literature at Sophia University, Tokyo. His research areas are American literature and American music. A longtime string instrument player, he has translated Amiri Baraka's Blues People and edited the essay collection on the blues music Trapped in Blues. He also wrote supplementary booklets on Simon & Garfunkel and on Bob Dylan for NHK's radio broadcasts.