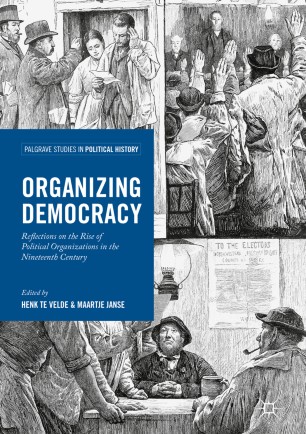 Reflections on the Rise of Political Organizations in the Nineteenth Century

This book explores the new types of political organization that emerged in Western Europe and the United States during the nineteenth century, from popular meetings to single-issue organizations and political parties. The development of these has often been used to demonstrate a movement towards democratic representation or political institutionalization. This volume challenges the idea that the development of ‘democracy’ is a story of rise and progress at all. It is rather a story of continuous but never completely satisfying attempts of interpreting the rule of the people. Taking the perspective of nineteenth-century organizers as its point of departure, this study shows that contemporaries hardly distinguished between petitioning, meeting and association. The attraction of organizing was that it promised representation, accountability and popular participation. Only in the twentieth century did parties reliable partners for the state in averting revolution, managing the unpredictable effects of universal suffrage, and reforming society. This collection analyzes them in their earliest stage, as just one of several types of civil society organizations, that did not differ that much from each other. The promise of organization, and the experiments that resulted from it, deeply impacted modern politics.

Maartje Janse is Lecturer of Dutch History at Leiden University, Netherlands. Her research focuses on popular participation in politics in Europe and the United States in the mid-nineteenth century. She has published books and articles on a range of topics including the origins and political implications of reform movements; abolitionism as a transnational phenomenon; and the development of protest repertoires. Janse has held visiting fellowships at Harvard and at the Netherlands Institute of Advanced Study and coordinates the Global Abolitionisms Network.
Henk te Velde is Professor of Dutch History at Leiden University, Netherlands. He has written a number of articles about the transnational study of parliamentary and political culture, published three books on comparative Dutch history, and many edited volumes. His most recent examines the history of British and French parliamentary rhetoric and culture in the nineteenth century, Sprekende politiek: Redenaars en hun publiek in de parlementaire gouden eeuw (2015). He has been visiting fellow and visiting professor in Paris, Oxford and Berlin, and is one of the founders of the international Association for Political History.