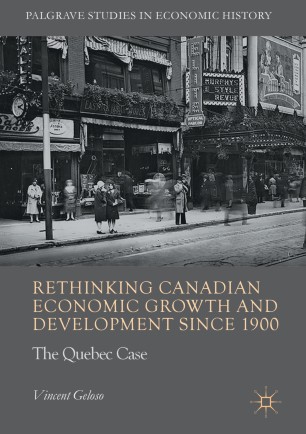 This book upturns many established ideas regarding the economic and social history of Quebec, the Canadian province that is home to the majority of its French population. It places the case of Quebec into the wider question of convergence in economic history and whether proactive governments delay or halt convergence.
The period from 1945 to 1960, infamously labelled the Great Gloom (Grande Noirceur), was in fact a breaking point where the previous decades of relative decline were overturned – Geloso argues that this era should be considered the Great Convergence (Grand Rattrapage). In opposition, the Quiet Revolution that followed after 1960 did not accelerate these trends. In fact, there are signs of slowing down and relative decline that appear after the 1970s. The author posits that the Quiet Revolution sowed the seeds for a growth slowdown by crowding-out social capital and inciting rent-seeking behaviour on the part of interest groups.