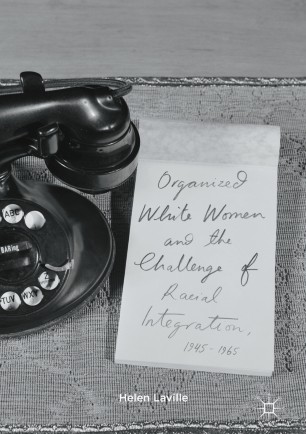 Organized White Women and the Challenge of Racial Integration, 1945-1965

This monograph asserts that the troubled history of segregation within American women’s associations created a legacy of racial exclusivity and privilege. While acknowledging the progressive potential of women’s associations and the extent to which they created a legitimate outlet for American women’s public activism, it explores how and why such organizations failed to aid in issues of integration. Rather than being a historical accident, or a pragmatic response to circumstance, this monograph demonstrates that white exclusivity and privilege was crucial to the authority and influence of these associations. Organized White Women and the Challenge of Racial Integration, 1945-1965 examines the translation of what seemed on the surface to be relatively simple demands for racial integration into a far more significant and all-encompassing confrontation with the frequently hidden structures and practices of white privilege.

Helen Laville is a Reader in American History at the University of Birmingham, UK.