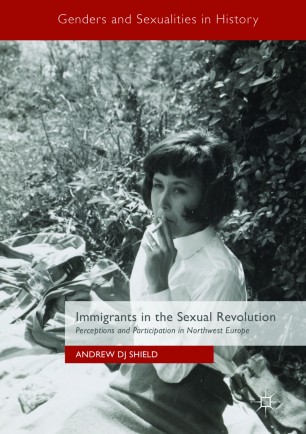 Immigrants in the Sexual Revolution

Perceptions and Participation in Northwest Europe

Northwest Europe from Turkey, Morocco and Pakistan in particular. Rather than seeing

a homogenised threat or groups of passive victims, he shows how immigrants have

responded to changing cultures of gender and sexuality in multiple ways. The book does

poisonous rhetoric of right-wing nationalists in Europe and beyond.’

‘This is a remarkable book. With a multitude of sources, Andrew DJ Shield welds together

presents it from the immigrants’ viewpoint. An astute scholarly work, which effectively

refutes some of the most common xenophobic and populist claims of our time, the book

has relevance for how we understand cross-cultural experiences everywhere.’

‘We tend to forget how solidarity and social cohesion were constructed in past decades. This is a must-read for journalists, policy makers and academics.’