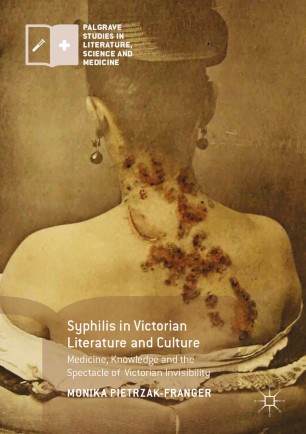 Syphilis in Victorian Literature and Culture

Medicine, Knowledge and the Spectacle of Victorian Invisibility

This book addresses the evident but unexplored intertwining of visibility and invisibility in the discourses around syphilis. A rethinking of the disease with reference to its ambiguous status, and the ways of seeing that it generated, helps reconsider the network of socio-cultural and political interrelations which were negotiated through syphilis, thereby also raising larger questions about its function in the construction of individual, national and imperial identities. This book is the first large-scale interdisciplinary study of syphilis in late Victorian Britain whose significance lies in its unprecedented attention to the multimedia and multi-discursive evocations of syphilis. An examination of the heterogeneous sources that it offers, many of which have up to this point escaped critical attention, makes it possible to reveal the complex and poly-ideological reasons for the activation of syphilis imagery and its symbolic function in late Victorian culture.