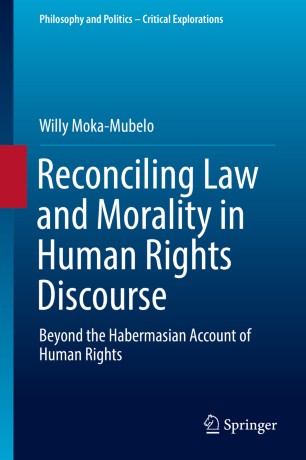 In this book I argue for an approach that conceives human rights as both moral and legal rights. The merit of such an approach is its capacity to understand human rights more in terms of the kind of world free and reasonable beings would like to live in rather than simply in terms of what each individual is legally entitled to. While I acknowledge that every human being has the moral entitlement to be granted living conditions that are conducive to a dignified life, I maintain, at the same time, that the moral and legal aspects of human rights are complementary and should be given equal weight. The legal aspect compensates for the limitations of moral human rights the observance of which depends on the conscience of the individual, and the moral aspect tempers the mechanical and inhumane application of the law.

Unlike the traditional or orthodox approach, which conceives human rights as rights that individuals have by virtue of their humanity, and the political or practical approach, which understands human rights as legal rights that are meant to limit the sovereignty of the state, the moral-legal approach reconciles law and morality in human rights discourse and underlines the importance of a legal framework that compensates for the deficiencies in the implementation of moral human rights. It not only challenges the exclusively negative approach to fundamental liberties but also emphasizes the necessity of an enforcement mechanism that helps those who are not morally motivated to refrain from violating the rights of others. Without the legal mechanism of enforcement, the understanding of human rights would be reduced to simply framing moral claims against injustices.From the moral-legal approach, the protection of human rights is understood as a common and shared responsibility. Such a responsibility goes beyond the boundaries of nation-states and requires the establishment of a cosmopolitan human rights regime based on the conviction that all human beings are members of a community of fate and that they share common values which transcend the limits of their individual states. In a cosmopolitan human rights regime, people are protected as persons and not as citizens of a particular state.