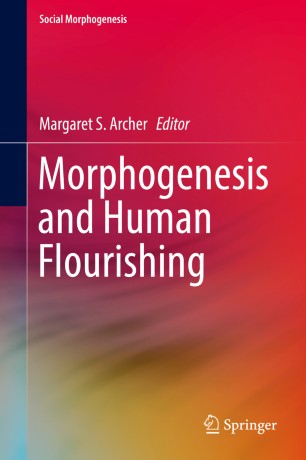 This book, the last volume in the Social Morphogenesis series, examines whether or not a Morphogenic society can foster new modes of human relations that could exercise a form of ‘relational steering’, protecting and promoting a nuanced version of the good life for all. It analyses the way in which the intensification of morphogenesis and the diminishing of morphostasis impact upon human flourishing. The book links intensified morphogenesis to promoting human flourishing based on the assumption that new opportunities open up novel experiences, skills, and modes of communication that appeal to talents previously lacking any outlet or recognition. It proposes that equality of opportunity would increase as ascribed characteristics diminished in importance, and it could be maintained as the notion of achievement continued to diversify. Digitalization has opened the cultural ‘archive’ for more to explore and, as it expands exponentially, so do new complementary compatibilities whose development foster yet further opportunities. If more people can do more of what they do best, these represent stepping stones towards the ‘good life’ for more of them.