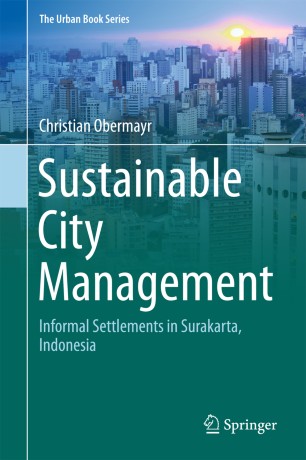 This book analyses the housing and governance policies of the city of Surakarta, in Indonesia. It addresses the question of whether Surakarta’s strategy for handling the city’s informal sector and marginal settlements shows evidence of sustainability and good governance. The book illustrates current trends in urban development and discussions on effective strategies for improving living conditions in slums on both a global and national scale. Using four main programs as examples, it presents a detailed overview of Surakarta’s housing policies regarding the poor. It critically evaluates the city’s relocation measures and shows that Surakarta’s city government has put into place an effective policy, reaching the poor by inclusive approaches. Influenced by global discussions and best practices, the programs examined are characterized by elements of good governance and Solo’s strategies have already been disseminated to other Indonesian cities. However, the book argues that deficits remain regarding participation and transparency.

The work is based on Christian Obermayr's outstanding Master’s thesis, defended in 2013 at the University of Innsbruck, Austria.

Christian Obermayr is an assistant professor and doctoral student at the University of Innsbruck, Austria. His research focuses on regional sustainability, urban developments and urban settlements in the Global South. His working topics are sustainable urban development, marginal settlements and applied housing policies in Indonesia.