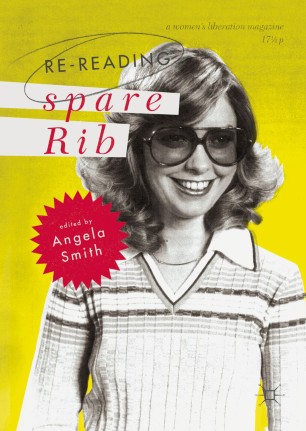 Spare Rib remains one of the most iconic symbols of Second Wave Feminism, its influence far out-living the span of its publication (1972-1993).  This collection examines various aspects of the magazine - based on the digitised publication by the British Library in 2015 – in order to explore the ways in which it has influenced society in the twentieth and twenty-first centuries, as well as the lives of individual readers. By analysing several articles from a modern, post-feminist perspective, and using cross-generational interviews of Spare Rib readers and reflective accounts of reading the publication, the significance and endurance of the publication is demonstrated. Written by both academics, experienced researchers and independent scholars alike, the inter-disciplinary nature of the text results in a multi-dimensional reading of Spare Rib suitable for both an academic and general readership interested in cultural and media studies.

Professor Angela Smith is Lecturer at the School of Culture, University of Sunderland. Angela has published widely in the areas of media discourse, sociolinguistics and gender.  She is author of Discourses Surrounding British Widows of the First World War (2011) and with Claire Nally co-edited Twenty-First Century Feminism: Forming and Preforming Femininity (2015).  With Claire Nally, she is editor of the I.B. Tauris International Library of Gender in Popular Culture.