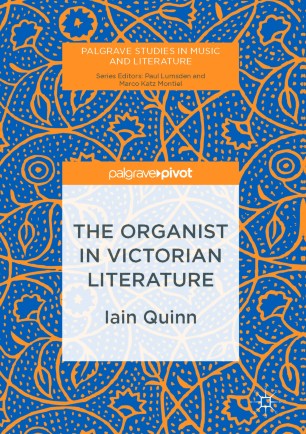 The Organist in Victorian Literature

“The implications of Dr Quinn's argument about the centrality of the organist to Victorian musical life are well-made…Dr Quinn is equally illuminating and engaging--at times brilliant--in mapping this against the roles and distinctive meanings of the people who played the instrument. New, eloquently written, fully documented and analysed, this strikes me as a unique book, and of real intellectual consequence.”

The book examines the perception of the organist as the most influential musical figure in Victorian society through the writings of Thomas Hardy and Robert Browning. This will be the first book in the burgeoning area of research into the relationship of music and literature that examines the societal perceptions of a figure central to civic life in Victorian England.
This book is deliberately interdisciplinary and will be of special interest to literature scholars and students of Victorian studies, culture, society, religion, gender studies, and music. However, the nature of the text does not require specialist knowledge of music.
Iain Quinn is Assistant Professor of Organ at The Florida State University. His previous publications are focused on nineteenth and early twentieth century studies in the form of articles, critical editions and commercial recordings. He is the author of The Genesis and Development of an English Organ Sonata (2016).