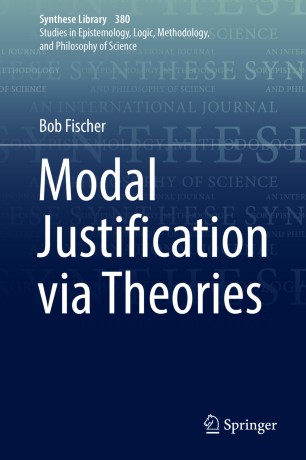 This monograph articulates and defends a theory-based epistemology of modality (TEM). According to TEM, someone justifiably believe an interesting modal claim if and only if (a) she justifiably believes a theory according to which that claim is true, (b) she believes that claim on the basis of that theory, and (c) she has no defeaters for her belief in that claim. The book has two parts. In the first, the author motivates TEM, sets out the view in detail, and defends it against a number of objections. In the second, the author considers whether TEM is worth accepting. To argue that it is, the author sets out criteria for choosing between modal epistemologies, concluding that TEM has a number of important virtues. However, the author also concedes that TEM is cautious: it probably implies that we are not justified in believing some interesting modal claims that we might take ourselves to be justified in believing. This raises a question about TEM's relationship to Peter van Inwagen's modal skepticism, which the author explores in detail. As it turns out, TEM offers a better route to modal skepticism than the one that van Inwagen provides. But rather than being a liability, the author argues that this is a further advantage of the view. Moreover, he argues that other popular modal epistemologies do not fare better: they cannot easily secure more extensive modal justification than TEM. The book concludes by clarifying TEM’s relationship to the other modal epistemologies on offer, contending that TEM need not be a rival to those views, but can instead be a supplement to them.

Bob Fischer is an assistant professor of philosophy at Texas State University. He earned his Ph.D. in philosophy at the University of Illinois at Chicago, where he wrote his dissertation under W. D. Hart. He is co-editor of two volumes: The Moral Complexities of Eating Meat (Oxford University Press, 2015) and Modal Epistemology After Rationalism (Springer, 2016). He has published papers on modal epistemology, the philosophy of science, moral psychology, and animal ethics. Among other venues, his work has appeared in Synthese, American Philosophical Quarterly, The Canadian Journal of Philosophy, Analytic Philosophy, Erkenntnis, and Ethical Theory & Moral Practice.