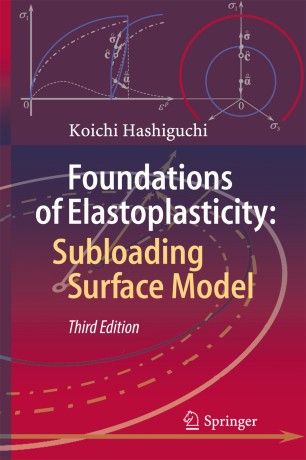 Further, the viscoplastic constitutive equations in a general rate from the quasi-static to the impact loadings are described, and constitutive equations of friction behavior and its application to the prediction of stick-slip phenomena, etc. are also described in detail. In addition, the return-mapping algorithm, the consistent tangent modulus, etc. are explained for the numerical analyses. Further, the damage, the phase-transformation and the crystal plasticity models are also described in brief. All of them are based on the subloading surface model. The elastoplasticity analysis will be advanced steadily based on the subloading surface model.