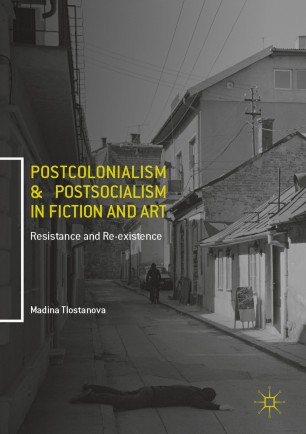 Postcolonialism and Postsocialism in Fiction and Art

This book tackles the intersections of postcolonial and postsocialist imaginaries and sensibilities focusing on the ways they are reflected in contemporary art, fiction, theater and cinema.  After the defeat of the Socialist modernity the postsocialist space and its people have found themselves in the void. Many elements of the former Second world experience, echo the postcolonial situations, including subalternization, epistemic racism, mimicry, unhomedness and transit, the revival of ethnic nationalisms and neo-imperial narratives, neo-Orientalist and mutant Eurocentric tendencies, indirect forms of resistance and life-asserting modes of re-existence. Yet there are also untranslatable differences between the postcolonial and the postsocialist human conditions. The monograph focuses on the aesthetic principles and mechanisms of sublime, the postsocialist/postcolonial decolonization of museums, the perception and representation of space and time through the tempolocalities of post-dependence, the anatomy of characters-tricksters with shifting multiple identities, the memory politics of the post-traumatic conditions and ways of their overcoming.