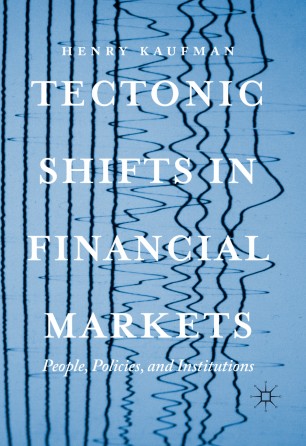 In this wide-ranging book, Wall Street legend Henry Kaufman recounts the events surrounding the catastrophic collapse of Lehman Brothers from his then vantage point on the board.  He explains how, ironically, the Federal Reserve’s shortcomings contributed to its growing power. And he argues that Dodd-Frank – by sanctioning rather than truly addressing the too‐big‐to‐fail dilemma – squandered a rare opportunity for essential reform.

As we search for bearings in the wake of the 2008 financial debacle, Henry Kaufman offers sage and penetrating analysis of today’s superheated and – he argues – still‐fragile financial world.

Henry Kaufman (PhD, New York University) is President of Henry Kaufman & Company, Inc., an economic and financial consulting firm established in 1988. He previously served as head of research and in the senior management of Salomon Brothers, and worked at The Federal Reserve Bank of New York and in commercial banking. Invited to speak before many leading economic and finance organizations around the world, Dr. Kaufman was three times designated one of the thirty most influential Americans by U.S. News & World Report. In 2001, the National Association of Business Economics conferred on him its prestigious Adam Smith Award.

“Kaufman lets us participate in his life and thoughts with clarity and passion. Anyone even vaguely interested in the recent financial history of the developed world will benefit from his insights and succinctly stated views.” (Francis H. Schott, Business Economics, Vol. 53, 2018)
Buy options