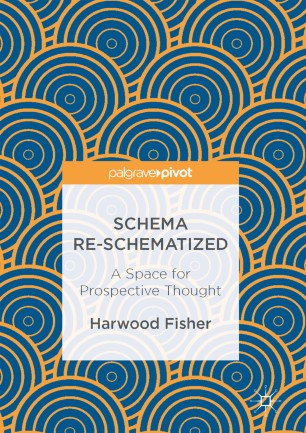 A Space for Prospective Thought

This volume expands the concept and role of the schema, with three goals in mind:  1) to outline the continuing issues in the schema concept as the legacy of Kant’s concept and analysis, 2) to show that Kant’s challenges resulted in successful but truncated views of the schema and its functions, 3) to reconstruct Otto Selz’s schema concept by proposing an alternative. The basis and scope of Selz’s schema were intended to yield a more complete follow-up to Kant’s challenges.   These had emerged out of his unresolved view of the schema as knowledge, on one hand, and thought, on the other.

Sel’z concepts—‘anticipatory schema,’ ‘coordinate relations,’ and ‘knowledge complex’—are more inclusive and psychologically dynamic than those of the influential but reductionist theorists: Piaget, Bartlett, and Craik.  Harwood Fisher explores Sel’z ideas in past, present, and future temporal contexts.  His predecessors’ and his contemporaries’ ideas influenced him.  Present-day needs and future prospects round out a Selzian conception of the schema that would enrich a psychology of thought and knowledge.