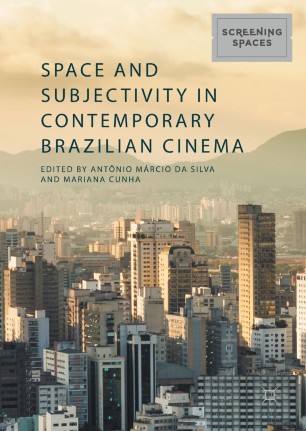 This collection explores the emergence of new spatialities and subjectivities in Brazilian films produced from the 1990s onwards, a period that became known as the retomada, but especially in the cinema of the new millennium. The chapters take spatiality as a powerful tool that can reveal aesthetic, political, social, and historical meanings of the cinematographic image instead of considering space as just a formal element of a film. From the rich cross-fertilization of different theories and disciplines, this edited collection engages with the connection between space and subjectivity in Brazilian cinema while raising new questions concerning spatiality and subjectivity in cinema and providing new models and tools for film analysis.

Antônio Márcio da Silva currently teaches at the University of Surrey, UK. His publications include The “Femme” Fatale in Brazilian Cinema: Challenging Hollywood Norms (Palgrave 2014), contributions to the edited collections Directory of World Cinema: Brazil and World Film Locations: São Paulo and a number of articles.

Mariana Cunha is a Postdoctoral Research Fellow at the Federal University of Rio Grande do Norte, Brazil, where she is currently developing a research project on the relationship between landscape and embodiment in contemporary world cinema. She has taught Brazilian studies at Queen Mary University of London and the University of Oxford, UK.

“The organization of this book constitutes a sophisticated understanding of the principles of film as significant cultural production in contemporary Brazil and very much a privileged domain of contemporary Brazilian art. It provides a comprehensive multi-authored volume of essays contemporary Brazilian filmmaking, focused on the point of view of space and subjectivity. It is an excellent book.” (David William Foster, Regents’ Professor of Spanish and Women and Gender Studies, Arizona State University, USA)
Buy options